Quote of the Week: "Closer" (From My Daddy)

"You're closer to your goal today then you were yesterday, baby."

That's what my loving father used to say as words of encouragement to his weary daughter trying to get through college. Thank you, daddy. That helped more than you know.
No comments:

Email ThisBlogThis!Share to TwitterShare to FacebookShare to Pinterest
blog chapters: Family, Quote of the Week

I was on a panel with Playthell Benjamin and Mele Mell yesterday at LIU. The topic was THE DILEMMA OF BLACK LEADERSHIP IN THE OBAM ERA. I was invited by my friend Curtis Stephen, a distinguished journalist and former student there. It's been a long time since I've been around people and immediately wanted to rush home to take a bath. The experience was toxic:

1. Playthell told students, arrogantly, that there is nothing...NO THING, that a student could teach him, ever. Wow.

2. After two of the three panelists (including me) respected the time parameters for opening remarks, PB went overtime with his. After his long opening, he added, "And if you'll permit me about 10 or 20 minutes more, I will read you my essay on..." Blah, blah, blah.

When the moderator politely said no, all the while being ignored by PB, PB talked over Curtis and warned, "Stop me if you dare!" Oh dip!

3. When the students eventually stood up for themselves and told PB that he was being disrespectful and rude and condescending, he shrugged them off, as if their very attempt to assert themselves proved his point.

It was really sad. At least twice, when I forced myself onto the mic in order to get a word in edge-wise, the audience clapped and you could hear: "Let her speak! It's about time."

The biggest WOW! came when I noticed how many students flocked over the PB after the talk. The students who gathered around me were as perplexed. They asked, "Ms. Silver, why does he have a crowd around him? He was obnoxious and rude and self-centered for the whole program."

"Among other things, he is a fire energy and some people need the stimuli, be it positive or negative. Some people don't mind being abused. It's a real passion for some. Pure human nature."
1 comment:

Quote of the Week: "You Look Like a Hoochie Mama"

That's what one of my mentors
told me upon seeing this photo: 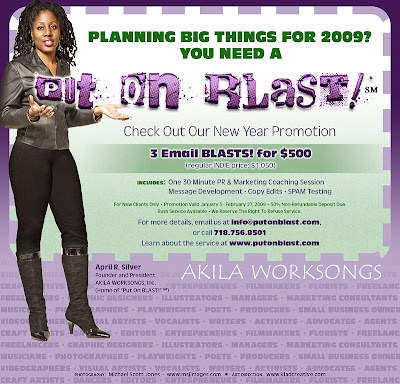 It's a different look for me, yes (for those who don't know me, I'm a jeans and tee-shirt kind of woman). But hoochie mama...don't think so. In fact, only two women that I know objected to this image. And one male colleague was not to sure and expressed concerned. Everyone else in my world (male and female), if they commented at all, was "thrilled" to see the new look and "inspired." Their words, not mine.

So what do you think? I ask the question not to focus on me, but to bring to the fore what this image triggers: wrong dress code for business, empowerment...what?

Email ThisBlogThis!Share to TwitterShare to FacebookShare to Pinterest
blog chapters: Just for Fun :-), Quote of the Week

An Apology From The Post...Really?

This morning, Ariel "Asho" Fernandez sent me a link to the New York Post cartoon. I saw it and was like, "Oh My God! What the hell....?" I was speechless and hurt...and pissed off! Then I came to my senses and all I could yell was "It's The New York Post! What can we expect?!?!"

Then I wondered if I should send out a Put On BLAST! to let folks know about this dead-wrong cartoon. I wasn't sure so I asked my business partner and he said, "You have more important things to do." I agreed and went back to work.

The cartoon emails kept coming throughout the day. It had spread like wild-fire on the Internet. Somewhere around 3 or 4 pm, the story landed on CNN with Reverend Al Sharpton and Jeff Johnson enlightening viewers to why this cartoon was offensive, wrong, and "inappropriate."

I continued working and ended up on the phone with Lumumba Bandele-Akinwole. I was wondering if he could understand my growing frustration with some of the demands that were starting to surface.

"Have you heard about the New York Post cartoon?" I asked him.

Here's the thing: The New York Post has BEEN wrong...waaaay before this fool (Sean Delonas) put ink to a pad in his racist cartoon. They have a loooong and rich history of being the sloppiest kind of so-called journalism, of demonstrating their hatred of black people, and of being the newspaper that is the platform for idiotic, racist thinking. There is a Queens based organization, CEMOTAP (the Committee to Eliminate Media Offensive To African People), that has been calling out The Post (and many others) for years on top of years. I know. I go to their rallies and support their work and respect their research. They and other activists have done the work that proves what apparently many people are just now finding out: The Post is a racist "news"paper. The boycott on them was called a long time ago. Maybe some people didn't get the notice. Or, maybe some people got it and didn't heed it. Humph....

The Post is exactly why I do what I do via my communications agency. It is why progressive social justice activists and media rights activists (such as Rosa Clemente, Ester Armah, and others) do what we do. We fully understand the function, the power, and the motiviation of corporate media. The late Kwame Ture said it best: "Capitalist media always lies. Even when it looks like they are telling the truth, it's a double-lie."

When that knowledge is embedded in your understanding of how corporate media works and it takes hold of you, then you spend your time creating and building independent media. You spend your time, your talent, and your hard earned money building media platforms that tell the truth. You take matters into your own hands. You build on-line, interactive communities, for example, so that you have a platform to counter the racist, sexist lies that are upheld in society. You struggle to be a voice of sobriety even while many people are intoxicated by the allure and convenience of shiny glossy media.

You don't go around buying The Post or demanding an apology from these fools. That kind of supplication is exactly what an oppressed person would do! There is no power in begging for a apology from those who don't care about offending you. In fact, it is the perfect way to affirm their power over you.


Here another way of looking at this (in no particular order):

1. Yes, we should express our outrage. My mother has always taught me: "Deal with BS head on! Don't act like it doesn't exist. Call it what it is."

2. Be outraged today, but support independent, progressive media all year round.

3. Stop buying and reading The Post. You have a quarter in this madness if you buy it or if you read in on-line. You just do! This is not to say that other newspapers and media outlets don't lie. Of course, they do. The media is privately owned and it has private interests to protect. But The Post is the worst, my God!

4. If the age of Obama has got you excited and you are looking for some group to join or some service project to attach yourself to, or you need a outlet for your rage, you will surely find hundreds of organizations that could use your time and talent TODAY! But keep this in mind: Often times, these organizations don't have money to pay big advertising dollars in the big newspapers you might read or the commercial radio stations you might listen to. You just might have to look for them in some un-traditional places. There are no short cuts there, but if you seek them, they will appear.

5. Historically, we are a community of people who have been oppressed. To some extent, every action we take is a reaction to some offense, be it current day or in our genetic memory bank. Even with that being true, some things require more strategic reactions. Begging for apologies is just not the way to go. It's not smart or empowering. Some may argue that an apology is the first step toward the healing process. That would be true if the offenders really means it.

If you want to check out the kind of media that is constructive and seeks to empower, vist my website (www.akilaworksongs.com). We stand behind or alongside some rather progressive artists, activists, organizations, and media makers. Google the names in this message. Expand your horizons and start a healthy media diet. Do all of this and more, and most of all retire The Post.

Quote of the Week: Life Lessons from Jenny B. (Moms)

"Call it crazy when you see crazy coming!"

"You have to deal with some people with a long-laddled spoon so they won't bite your finger."

Jenny B. on the finer things in life: One day I'd asked my mother about the pros and cons of buying a new or used car. In one of her classic witty comebacks, she said, "I never liked the idea of used cars. I've always bought new ones. If it becomes time for me to get another one, then what would I want with a used car? I already got a "used" car!"

Email ThisBlogThis!Share to TwitterShare to FacebookShare to Pinterest
blog chapters: Family, Just for Fun :-), Quote of the Week

As We Prepare for Valentine's Day 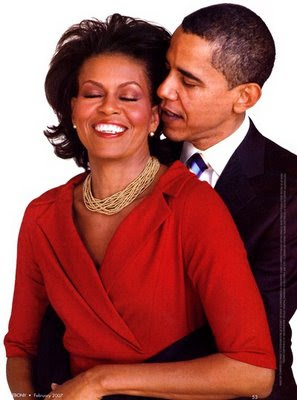 i just can't get enough of this picture!
No comments:

"You must be the change you wish to see in the world."
~ Mohandas Karamchand Gandhi (aka Mahatma Gandhi)
No comments:

Quote of the Week: Your Data

~ everyone who has every lost their computer files
No comments: